Improving the Quality of Life, One Stride at a Time! 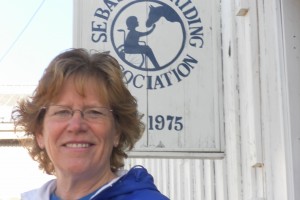 Chris has been involved with the program since 1986 when her daughter, Lindsey, began hippotherapy at the age of 2 to aid her low muscle tone characteristic of Down Syndrome. Over the next 17 years, her role changed from parent to volunteer to instructor and to board member, but always an advocate for the program, having witnessed first-hand the benefits riding had provided for her daughter. In 2004, tragically Lindsey passed away from leukemia after only a month-long battle; she was 10 days shy of her 20th birthday. Lindsey was successful at getting the whole family involved with horses, participating in 4H horse shows with her brother and sister and the family horse, Twizzle. Horses not only aided Lindsey’s health but Chris also credits Twizzle with helping the family with their grief from their loss. Feeling such passion for the program that had helped her family, Chris decided to pursue the General Manager position and began in November 2008. Chris feels that she couldn’t be luckier, being able to do what she loves!

Chris is the Montgomery County Special Olympics Equestrian Team Head Coach and looks forward to the county show and state games each year. Chris holds the Professional Association on Therapeutic Horsemanship (PATH) certification in Equine Specialist in Mental Health Learning and is a Certified Instructor .

Chris is a co-investigator and instructor for the Riding Free Pilot Study and Program for adolescents with Post Traumatic Stress Disorder. Chris and Twizzle continue to work and grow together as a team. They competed in their first event in the fall of 2013, but also enjoy trail riding through Evansburg State Park. 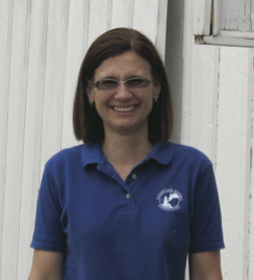 Jenny has been at Sebastian Riding Associates since 2002. Starting as a volunteer, Jenny began instructing in 2003.  Jenny was born in Illinois. She has a Bachelors degree in Equestrian Science. Jenny is also a PATH International Certified Instructor .

Other than hanging out with horses, Jenny enjoys hiking in the Canadian Rockies and snorkeling in the Caribbean! 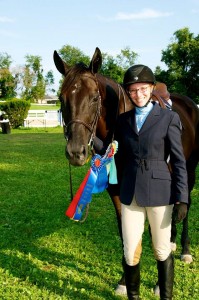 You ca n find Jess at SRA on Wednesday evenings.   Jessica is  a longtime   volunteer, as well as an instructor at SRA.   Jessica eagerly began volunteering at SRA    in 2003, on her 13th birthday.  She was attracted to SRA due to her love of horses and her passion  has continued to grow with each day spent at the farm.   Jessica works with the farmers  of Montgomery County through her fulltime position of Ag Conservation Specialist for  the Montgomery County Conservation District. 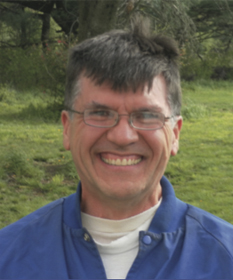 Jeff started as a volunteer at SRA in 2002 as a horse handler and sidewalker. He’s been an instructor here since March 2004. Jeff is married and has two daughters, both of whom enjoy horses.

Jeff’s involvement with horses is far-reaching, including having been a horse owner of two great horses for several years.

Jeff is a PATH International Certified Instructor, and he continues to hone his skills in instructing, horsemanship and riding through clinics and trainings in Natural Horsemanship (Buck Brannaman, Pat Parelli and others) and in Centered Riding (Peggy Brown, Annalie Andersson-Beck, Stephanie Barbarra and others), along with trainings by Special Olympics, PACTH and PATH International. 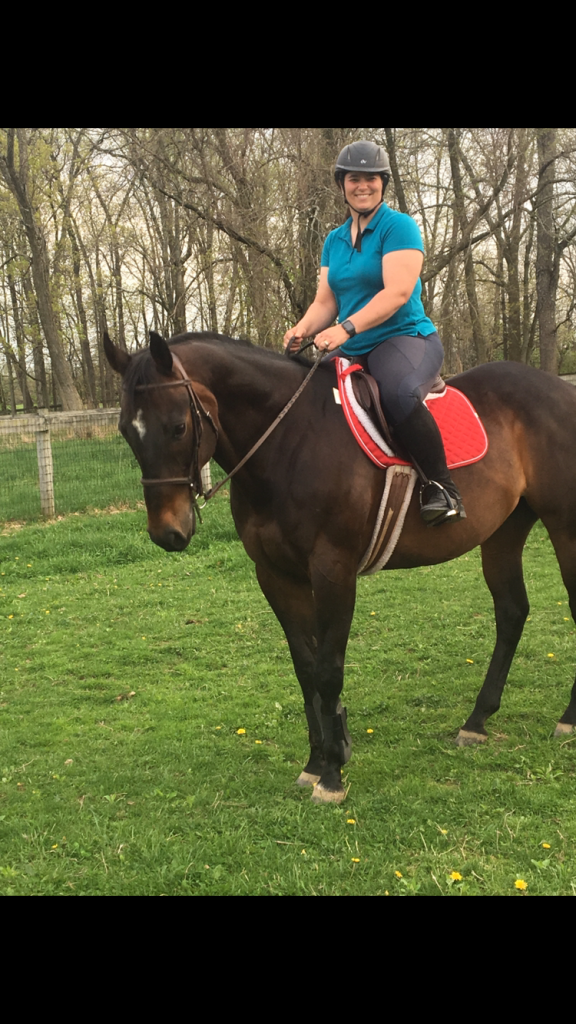 Becky first got her start with horses as a volunteer at SRA when she was 13 years old. She continued to pursue that love of horses, riding with small local hunter/jumper barns in high school and at Penn State, where she earned her bachelor’s degree in Animal Science, as a member of the Penn State Equestrian team. Becky returned to SRA as an instructor in 2018 and earned the designation of Certified Therapeutic Riding Instructor through PATH International that October. She is a Certified Special Olympics Equestrian Coach. Sebastian Riding Associates has always felt like home to Becky, and she is grateful to be part of the SRA family. In her spare time, Becky enjoys spending time with her husband, two teenage daughters, and their three horses, Toby, Dancer and Charmer. Recently, Becky has been expanding her knowledge into the discipline of dressage, and she always enjoys a long, relaxing trail ride. Becky is the full time Program Director and an Instructor at SRA. 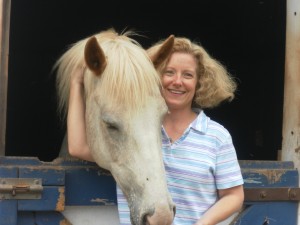 Lyn started riding at the age of 4 and took formal lessons from the ages of 7-10. Following a hiatus during which she pursued other sports and rode horses only intermittently (she was always the person inquiring if facilities offered English tack for trail riding), she resumed riding more seriously about 6 years ago after meeting a very special horse named “Pro” on a trail ride. Subsequently, a colleague who is an SRA instructor encouraged Lyn to stop by SRA, and she never left.
A Certified Level 1 Centered Riding© instructor and PATH International Certified Instructor,  Lyn currently enjoys taking lessons from 2 trainers. Novice and nervous riders are her specialty. She still rides English on trails. 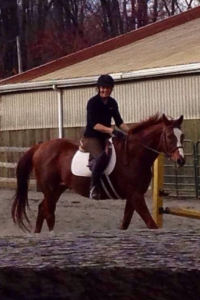 Val became interested in therapeutic riding after a riding accident significantly damaged her leg. Although most of her leg healed, she does not have an ACL and rehabilitation was extremely painful. When Val negotiated with her caregiver to try riding a little, she rode a sure and steady Palomino who helped Val gently bend and stretch her leg with a quiet jog. The joy of getting back on the horse and the added benefit of a quicker recovery, made her think of helping others – having worked through her own rehab helps Val understand how hard it is when your body doesn’t work as you want it to. As a PATH certified instructor, she believes finding the right horse – specific size, speed, movement style and even temperament should be considered seriously in order to help the rider benefit the most.
Val is married and has three accomplished daughters and has recently welcomed her first grandchild! Her household includes one horse, two cats and two dogs – one of which is a therapy dog. She is a laboratory director at Merck by day. 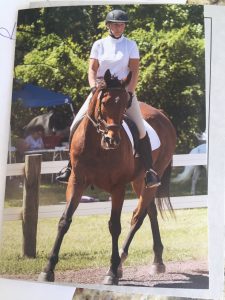 Casey was born and raised in Michigan, just north of Detroit, where she discovered her love of horses at a very young age. She spent summers at her Grandparent’s farm, riding and showing. In 2009, her family moved to Ohio, where Casey found her first therapeutic riding center. “I volunteered at the center side-walking and leading horses. I worked with a gentleman who had suffered traumatic brain injury due to a car accident and witnessed his amazing progress over a year of equine therapy. I was hooked! To combine my love of horses with helping people was just amazing!” In December 2012, Casey and her family relocated to Pennsylvania for her husband’s job. Shortly after, she began volunteering at SRA on Thursday mornings eventually becoming an Assistant Instructor in 2014 and an instructor in the fall of 2016. When not at SRA, Casey is very busy taking care of her family, raising her 2 daughters with her husband of 16 years. 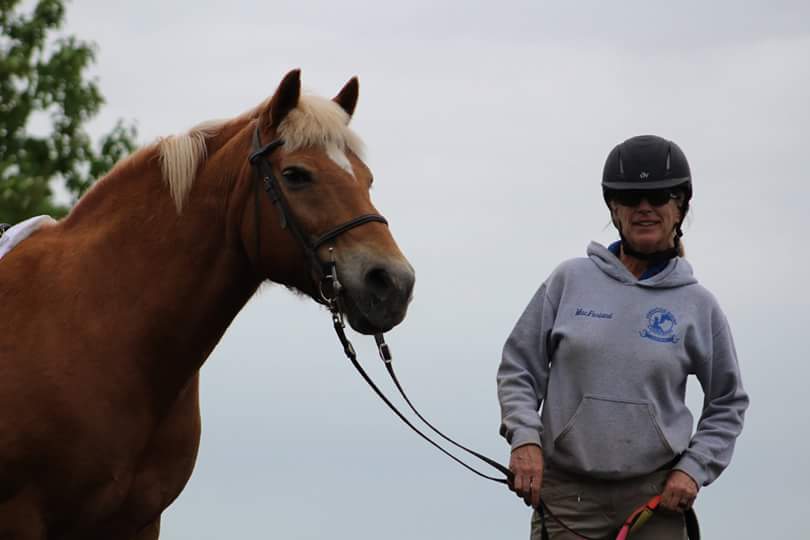 Cyndi was put astride a ‘Dusty Pony’ when she was a toddler and this started a passion with horses for a lifetime. As soon as able, she started out with halter & lead rope in the pasture at play with ‘Pepsi & Scout’, learning. She was introduced to the work at Sebastian Riding Associates in the early days and the Ride-a-thon currently called the Jeopardy Ride. She trained in our arena with Kathy Metz, before SRA moved to the farm. By age 12 she started competing locally with Jumpers at Gwyn Meadows. At the same time, she was studying Pointe ballet with the Jr PA Ballet Company. These experiences combined, Cyndi strives to bring balance & confidence in ground training and in the saddle for SRA students and volunteers. Cyndi earned an Applied Science degree in North Carolina with a focus on Communication Arts. After a long period of traveling abroad as a project manager/programmer for Johnson Matthey and receiving her equine practitioners license in Equine Body Work, she returned to SRA in 2010 as a volunteer.  By this time she had experience with her niece Taylor, disabled with low muscle tone and learning difficulties, and knew the benefits of working with horses. Cyndi’s experiences working with stroke patients, veterans, sport injuries, disabilities and horses brought her back to her favorite farm in support of the programs & devoted staff. She currently enjoys competitive trail riding and challenging obstacles with her cousins as teammates. But most of all, loves sharing the world of horses and the benefits these wonderful creatures have to share with humans. Volunteer Coordinator/PATH Certified Instructor, Autism Certification, Special Olympic Coach. 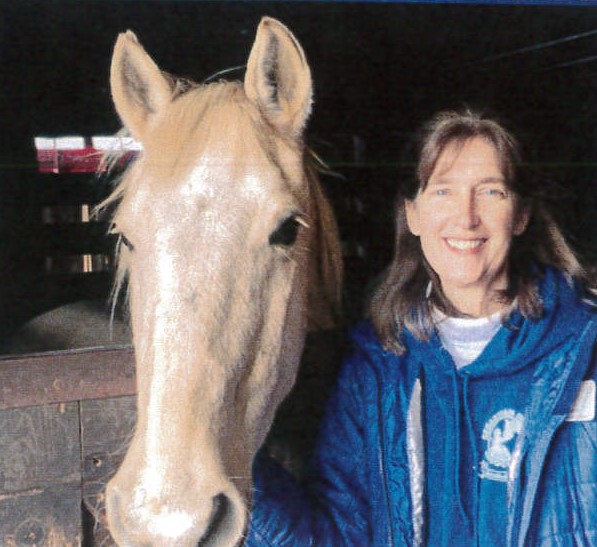 As a teenager I fell in love with horses, specifically, a senior citizen thoroughbred named Motor Mouth. I know, funny name, but her mother was “Constant Comment.” Motor Mouth taught me everything I know about horses. I became a teacher of riding, and then a teacher of reading,math,science, and social studies. I have been teaching elementary school for 30 years, 28 of those years in second grade. In 1992, I found Sebastian Riding Associates to combine by love of horses and teaching. When my two sons were born, I took some time away from the farm. Many years later, when my boys were old enough to play video games and order Dominoes, I headed back to Sebastian. I’ve enjoyed side walking, leading the horses, and helping out with summer camp. Now I am a PATH certified instructor. I hope I can help the riders learn to love the horses as much as I do. 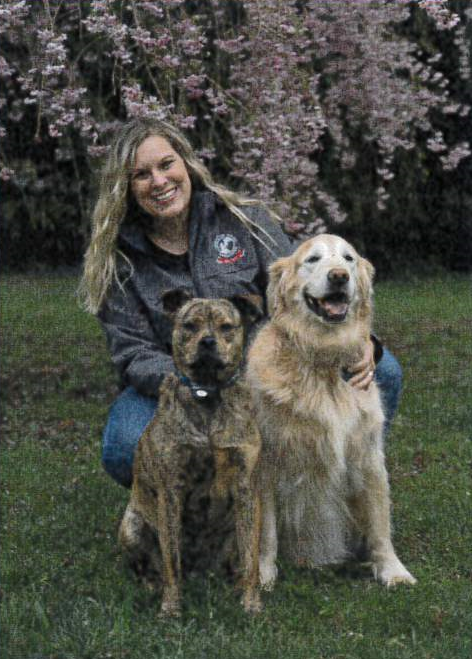 Becky grew up with horses as part of her family and daily routine.  She learned early in life many of the lessons we instill at Sebastian: animals can teach us responsibility, respect, and teamwork.

She began volunteering at SRA in 2014 by side-walking with lessons and quickly fell in love with the therapeutic side of the equine world. In 2018, she became an Assistant Instructor, and after another year of training with her fellow staff, became an Instructor with some fantastic students!

In her free time, she enjoys hosting friends and family along with her husband, daughter, and their two dogs.